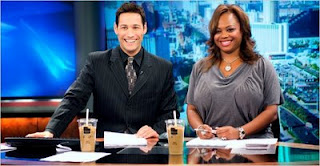 Executives at the station, (owned by Meredith Corp.), say the promotion will last for six months and will not influence content. The agency that arranged the deal, Karsh/Hagan, said they would “expect the station to pull the product off the set in the event of a negative news story about McDonald’s.” If that doesn’t happen, said account supervisor Brent Williams, it would “lead to the termination of our agreement.”

It seems McDonald’s has similar product placement arrangements with WFLD in Chicago, which is owned and operated by Fox; on KCPQ in Seattle, a Fox affiliate owned by the Tribune Company; and on Univision 41 in New York City.

Other stations owned by Meredith Corporation, including WFSB, the CBS affiliate in Hartford, Conn., and WGCL, a CBS affiliate in Atlanta — are also accepting product placements on their morning shows.

All of this comes hot on the heels of the FCC’s investigation into product placement activities.

The New York Times revealed that media watchdogs are paying close attention to this new deal. “Expanding this into news raises very troubling questions,” said Harold Feld, senior vice president for the Media Access Project, a consumer advocacy group. “Viewers, when they see news programs, are expecting to see things that reflect the marriage of the things reported, and do not look in the credits of these programs to see if there’s some small disclaimer that people are being paid for product placements.”

I’m reminded of the excellent movie Broadcast News. There is a scene where William Hurt is instructing Albert Brooks on how to be a good anchor, “you’re not just reading the news, you’re selling yourself too. You’re saying, ‘listen to me, I’m credible.’ So when you catch yourself just reading, stop! And, start selling.”

Man, has that taken on a whole new meaning.