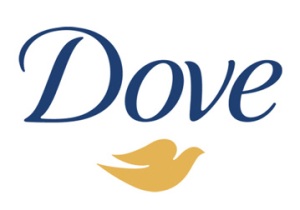 The Dove brand has launched a series of viral films that drive home the message of perceived vs. real beauty; a campaign that originally launched four years ago when they began featuring “imperfect” women in their print and broadcast ads.

The big picture strategy is certainly a strong one as Dove’s target market – women – regularly struggle with self-esteem issues. According to Dove’s National Report on Self-Esteem, only 2% of women around the world describe themselves as beautiful; and 81% of women in the U.S. agree that “the media and advertising set an unrealistic standard of beauty that most women cannot ever achieve.”

As part of the campaign, Dove has a website featuring tools to help improve self image, as well as online forums and offline workshops to help women and girls share their struggles and foster greater confidence. (The site also features product information and special offers).

From a PR perspective, this entire campaign is brilliant. The brand has integrated itself into the lives of its target audience in a truly personal way that will absolutely create lifetime loyalty. And, by developing an online community within the site, this is a terrific example of a brand creating a place where the selling is subtle and the consumer rewards are great. Every company wanting a corporate site that attracts consumers should take note here — it’s not just the content or the product and brand information; it’s the personal connection that makes this such a success.

The latest addition to the campaign is a series of viral films that are beautiful and quite effective at making me feel a little better that I don’t look like those women in the pages of Vogue. Most importantly, the films have been extremely successful in generating media coverage and video pick up. In fact, AdAge reports that the videos have delivered traffic to Campaign for Real Beauty that is three times bigger than the traffic Dove received from last year’s Super Bowl commercial.

Through these videos, forums, research, fundraising initiatives, self-esteem workshops, athletic and well-being programs, and global photography tours on beauty, Dove has successfully established the brand as an ally, a friend; and this site as a safe haven for women to speak freely about their personal fears and self-esteem concerns. It’s a terrific campaign in every way … and frankly, the brand message made a loyal customer out of me years ago.