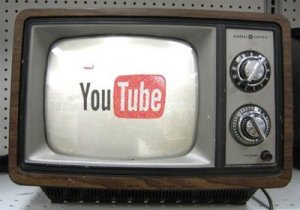 As you may know, the U.S. Congress embraced social media last month. Two YouTube channels were launched mid-January; one for the House and the other for the Senate. The idea is these videos will give viewers all over the world “a backstage pass to the U.S. House of Representatives and the Senate.” Americans can use the Google map app to find their representatives and ultimately engage directly with them in a public political discourse through video response or comments.

I’ve waited to talk about it here because I wanted to give them time to upload their content and for viewers to start watching. Then, last night’s Daily Show reminded me about it. So, here’s my take on it. The videos range from talking head format and floor statements, to twenty-two members of congress visiting the Katrina-ravaged Gulf Coast, and another test driving a GM fuel-cell vehicle.

At a minimum, these channels could develop rising stars from both parties as more engaging personalities emerge. Certainly, this could deliver more flash than substance. But, politics has always been about performance as much as policy.

That the channels easily take you to your representatives will most likely bring a spotlight to issues closer to home. If approached correctly, the videos could help our representatives gain the kind of public support that gets things done.

The stated goal is that these videos will create a truly significant change in our country’s political discourse. Of course, there is always a chance that the discourse will be anything but significant. While there are people on YouTube who do seek true conversation, the majority of the YouTube commenting audience is really just trying to get a laugh from the rude comment they just posted.

That said, a preliminary glance at about 15 videos’ comments from the past two weeks shows a fairly decent split between truck stop graffiti and welcoming comments/questions/discussion. It will be interesting so see how the conversation evolves.

Obviously, Congress can’t go on YouTube and close the comments and I am very happy to see that someone behind this venture understood that. So, truly – kudos to the folks behind this. Personally, I would have been tempted to create a more controlled environment like a U.S. Congress online community where people could develop their own profile pages and follow/connect with their representatives and each other. That way the utterly useless comments like “you’re so gay” and “Pelosi is ugly” can be removed. I know that flies in the face of the open discourse of social media, but there is something to be said for protecting the dignity of a brand. It’s one thing for a video posted by “metalboy” to contain off-color comments, but when the video is hosted by the U.S. Congress, a certain level of respect is warranted.

Still, one cannot argue that the presence of the Senate and Congress within social media lends credibility to Web 2.0. Not just in terms of getting the message out that social media channels are legitimate communication tools, but also in in terms of future legislation around the Web. Jeff Chester of the Center for Digital Democracy raised an interesting point when he said such an “electronic or digital campaign contribution helps ensure that Congress will think twice about biting — or regulating — the video hand that feeds it.”