Today, I read a THR article announcing that SkinnyGirl creator, Bethenny Frankel has leveraged the worlds of reality TV and social media to land a $120mm acquisition of her liquor brand. 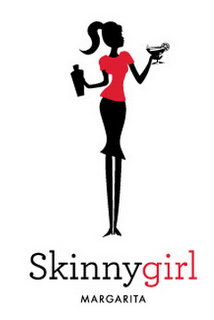 If you aren’t familiar with this brand’s story: Bethenny Frankel was a struggling natural foods chef with a good reputation, but not much success. Then, after some public exposure on Martha Stewart’s Apprentice, Bethenny joined the cast of the RHNY.

While the other women on the show were busy buying diamonds and redecorating their multi-million dollar homes, Bethenny was in her 700 square foot apartment creating a low calorie margarita mix and working the brand like a mad woman. Between the Housewives show and her extremely popular spin-off Bethenny Ever After, we saw it all: the logo design all the way to the first visit to the bottling plant.

And, that is why one of the world’s largest liquor distributors, Beam Global, forked over this record-shattering amount of cash for the Skinny Girl brand. Spirits writer Jack Robertiello explained, “Beam has been very active in creating brands skewed toward younger demographics and health-conscious women. Could they have developed this cocktail on their own? Absolutely. The recipe is not the hard part. They paid for the marketing.”

They paid for the marketing.

As a marketer, naturally, I love that line.

It certainly demonstrates the value of what I do. It’s also very telling about the value of influence, especially in social media channels. Bethenny’s massive social media fan base has been credited for the deal. As Pryce Greenow, regional GM of western U.S. business for Beam Global said, “She gives us access to consumer feedback with just one tweet that would take us three months of focus groups to compile.

But even more than the personal connection of social media, I believe it was the way Bethenny shrewdly let us follow this brand’s launch – the good, the bad, the ugly, the crazy – that has given consumers a vested interest in her success. I confess, when I order a SkinnyGirl, I smile to myself knowing that I’m helping a “friend.”

Even her failures – who can forget Bethenny standing very much alone at a Costco book signing – make her more likable in part because of her humor and humility, but also because everyone loves an underdog.

The many challenges she faced trying to get this brand off the ground (and I’m not even talking about Kellamity and Jill) coupled with the fact that she let us watch her swim, sink, gasp for air, find her stride and rise to the top made it all the more personal for her customers. When Bethenny and greatest-husband-on-the-planet, Jason, visited her distribution facility on last week’s show, I grinned with pride watching her success as if she were a friend … or client.

Now, I don’t recommend you launch your brand through a reality show – unless it’s a web series of your own creation where you have final cut, in which case, email me and we’ll make that happen. But, the overall theme of story-telling here is such an important lesson to anyone building a brand.

Make it personal and your customers will make it successful. Don’t be afraid to be vulnerable and share the struggle of launching your company or product because when you bring your customers along for the ride, they will do everything they can to make you succeed. Want proof? Well, to steal a quote from the THR article, consider this simple fact, in two short years, “this one-woman, low-cost operation made more money through her liquor sale than what David O. Russell’s layered, complicated, Oscar-nominated film The Fighter grossed domestically ($93.6 million).”

She did it … because consumers like me wanted her to.