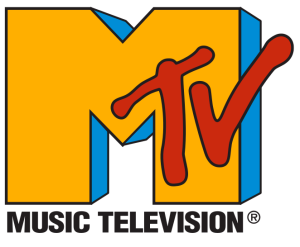 MTV both broke a Twitter record with Beyonce at the VMAs and has over 100 million viewers and 100 million Facebook likes and has been covered as the number one social TV network. Here’s how social TV will play an even bigger part of MTV’s programming and initiatives for the next year, according to the network’s president Stephen Friedman.

For the new season of the hit scripted series Teen Wolf, MTV is launching a new social experience on June 4th. Here’s the announcement from MTV:

MTV also highlighted its “storytelling without borders” strategy that looks to engage audiences across every platform as demonstrated through “Teen Wolf: The Hunt.” The new “Teen Wolf” social experience will live on Facebook and other platforms and will allow fans to “friend” and interact with the show’s characters in real time within the context of a choose-your-own-adventure mystery. “Teen Wolf: The Hunt” will feature a completely original storyline, written by the “Teen Wolf” team of writers, while also serving as a complementary online experience to the television series. The multi-platform experience will launch on Monday, June 4, the night of the show’s regular time period debut. This initiative follows last month’s news that MTV is leading the industry after surpassing 100 million Facebook ‘likes.’

As Friedman told us, “since the show went off the air the fan base increased 50%.” This is a smart way to continue to grow and activate those fans.

Around the same time that “The Social Network” took off, a documentary called “Catfish” emerged chronicling Yaniv Schulman discovering he’s been hoaxed in a Facebook relationship when he finally meets the person in real life. In the series, Schulman will now chronicle others in his situation.

A reoccurring theme besides new Jersey Shore spinoffs was millennial underemployment for the fame obsessed generation. “Zach Stone is Gonna be Famous,” starring internet celebrity Bo Burnham is a YouTube show meets a mockureality series, where Zach wants to use social media to become famous instead of going to college.

The second with this theme, “Underemployed,” executive producer Craig Wright is a scripted series about the reality of the new economy that the spoiled generation finds themselves in. I’m skeptical that this generation actually wants to watch content about their plight, but both look funny and tweetable.

Remember Hollywood Squares from back in the day? Rapper Fat Joe came to present that the network is launching “Hip Hop Squares” on MTV 2. It looks amazing and includes contestants like Nick Cannon and Vinny from Jersey Shore.

They also announced a new social game, around the election encourage MTV’s audience to register to vote and bring back the magic from 2008. Here’s the announcement:

MTV “Power of 12” correspondent Andrew Jenks was joined by Liddy Huntsman, daughter of former Presidential candidate Jon Huntsman, Jr., to talk about the network’s new “Fantasy Election ‘12” game, which will launch this summer.

The coming year for MTV:

With the Movie Awards nearing and the VMAs also in the not too distant future it’s going to be a big year for MTV, with social components continuing to be the centerpiece for their brands and programming.