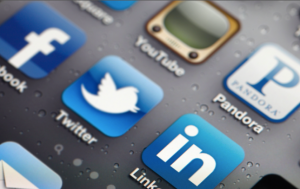 It  seems everyone is coming out with their trends and forecasting reports right now. So, I’ve compiled a list of some of the more compelling stats out there.

EMarketer predicts there will be a massive 1.43 billion social network users in 2012, representing a 19.2 percent increase over 2011 figures.

Social media usage varies from place to place and from one demographic to the next. A Pew Internet survey found that 65 percent of Internet users in the U.S. used social networking sites, up from 61 percent the previous year. Sixty-one percent of adults under 30 reported that they used a social networking site at least once on a typical day while daily usage among Internet users aged between 50-64 rose sharply, from 20 percent in 2010 to 32 percent last year.

Alongside personal usage, more businesses are taking advantage of the benefits social media sites can offer.

A joint study by global management consulting firm Booz & Company and Buddy Media found that 96 percent of companies surveyed would be increasing their investments in social media. Advertising and promotions, PR, and customer services were listed as the main uses or benefits but other uses such as market research and recruitment were reported. (Also see “The 5 Ws of Social Media Marketing: Industry Survey & Insights [Study]” for more social media marketing trends from Social Media Examiner.)

Facebook boasts more than 845 million active users and a 2011 comScore report revealed there were only seven countries worldwide in which Facebook did not rule the roost. That figure tumbled to six in December however, when Facebook overtook Orkut as the leading social networking destination in the vast and still emerging Brazilian market (localized language settings and content allow the site to be seen as a number of interlinked local communities.)

One rather large gap in Facebook’s global domination comes in the shape of China. The site is officially banned in China but local sites are massive within the market.

An eMarketer report lists TencentQZone at the front of the pack in China, while TencentWeibo, SinaWeibo, and Renren also have significant market shares. With the Internet itself not expected to reach a majority of China’s vast population until 2015, Qzone may even be able to overhaul Facebook’s active user figures without having to expand very much outside Chinese borders.

Elsewhere, Russia is dominated by Vkontakte and Odnoklassniki, sites that are also quickly expanding into other Eastern European countries.

Japan, South Korea, Vietnam, and Poland were the other countries listed by comScore as the territories where Facebook doesn’t command the greatest market share but even in its own back yard, Facebook shouldn’t rest on its laurels.

While still lagging behind considerably in terms of total users, Twitter’s U.S. growth is predicted to be four times greater than Facebook’s over the next couple of years. We’ve yet to really see howGoogle+ will fare and niche sites like the business-oriented LinkedIn continue to grow within their own remits. Plus, Pinterest is growing fast.

Right now Facebook is sitting pretty. Social media trends can change with alarming rapidity however and, as the spectacular decline of MySpace demonstrated, none of the major players can afford to take anything for granted.