Last year, I wrote about the growing trend of tying your brand to the very loyal and monied LGBT community in a post called It’s Hip to Be Gay. 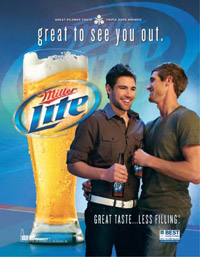 Since then, we have continued to see more brands directly appealing to the LGBT community.

From  conservative paper commodity brands like Kimberly Clark to home decor brands like Crate & Barrel and traditional beer companies like Miller, marketers are recognizing the value in reaching out to this audience.

Below is a compilation of stats pulled from various surveys, studies and reports from Prudential, Nielsen and Community Marketing demonstrating the value of this consumer block and some of the general trends, preferences and behaviors.

Of course, all of this should be taken with a grain of salt in recognizing there are no single behaviors that embody entire groups of people. Nonetheless, some of this info may be useful to you.