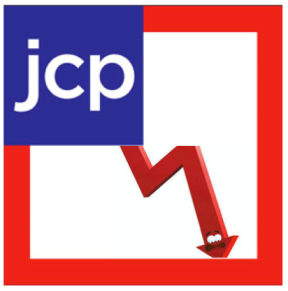 The number one rule to public relations is “own the story.”

Get your facts out there first and fast.

Well, J.C. Penney found a new way to give up ownership of the brand’s message and they’ve been paying a hefty price for it since.

The retailer, which has been struggling for the past few years to reestablish its brand position, posted a vague end-of-year performance statement saying the company was “pleased with its performance for the holiday period” and that the shopping season showed “continued progress in its turnaround efforts.”

That’s it. A performance detail statement with absolutely no details on the company’s performance. No sales data. No useful information at all.

The result: J.C. Penney Co’s stock tumbled 7 percent at the opening bell yesterday and has been steadily dropping since.

Because the retailer didn’t do anything to define and “own” their holiday success story – which, let’s face it, numbers can be positioned to tell any story anyone wants to tell – their ambiguous statement appeared to raise more questions than it answered.

“It’s the lack of data that is freaking out Wall Street,” said Brian S. Sozzi, the CEO at Belus Capital Advisors. “There’s no meat to this report.”

The statement had investors reading through the lines and coming to their own conclusion that a lack of good news was bad news.

“If (J.C. Penney Co.) had good things to say about business trends, the company would have shared more— consistent with how the team shared information in the past,” wrote Charles Grom, an analyst at Sterne Agee.

Penney had recently been releasing monthly sales figures, which had showed improvement. A key indication being that sales at stores open at least a year edged up 0.9 percent in October — the first increase since December 2011. Early last month, J.C. Penney said that comparable store sales jumped 10.1 percent in November, helped by a strong start to the holiday shopping season.

But, there were no such figures in the statement released Wednesday. Not even a repeat of strong numbers that had already been released.

J.C. Penney did reaffirm its outlook for the fourth quarter that was first announced in late November. Penney said then that revenue at stores opened at least a year and gross profit margin will likely improve “sequentially” and year over year. It also said that total available liquidity was expected to be in excess of $2 billion at the end of the year.

But, retail analysts agreed Penney needed a good holiday season to help it recover from a failed turnaround attempt spearheaded by former CEO Ron Johnson. (Penney’s board ousted Johnson in April after 17 months on the job. The company brought back former CEO Mike Ullman.) The company has since restarted the sales events that Johnson ditched. It’s also restored basic merchandise, including store brands like St. John’s Bay, which were phased out by Johnson and they brought in trendy names like Betsey Johnson to attract younger, hipper customers.

Had Penney repeated their previous success leading up to the holidays and released some form of sales data, even from just a few shining example stores, they could have created a positive storyline. The lesson here is that you never want your customers, investors, or the market at large reading between the lines and drawing their own conclusions.

The whole point of PR is to lay out the facts that lead your audience to draw the conclusions you want. Even if you don’t have a lot of good to say, you can always find a context that makes it work for you. But, “no comment” no matter how it is said, never leads to anything good.

Some information sourced from the WSJ.