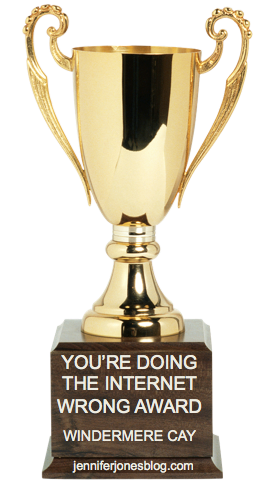 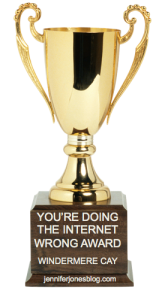 In an effort to quash any negative online reviews, the management for the Winter Garden apartment complex handed out notices to tenants advising that they will be fined $10,000 if they place a bad review online.

How exactly, they plan to enforce such a rule against anonymous reviews online has not been explained. Nor, has the issue of Free Speech. And, the fact that they are more concerned with punishing people for writing negative reviews than they are with addressing the issues that cause the negative reviews seems to escape them entirely.

The addendum, which began making the round online yesterday, also – incredibly – forces tenants to sign away their rights to any photos, reviews or other material about the complex posted online:

“Applicant will refrain from directly or indirectly publishing or airing negative commentary regarding the Unit, Owner, property or the apartments. This means that Applicant shall not post negative commentary or reviews on Yelp!, Apartment Ratings, Facebook, or any other website or Internet-based publication or blog.”

Now, prior to sending this notice out, Windermere Cay had only two online reviews and both were mediocre.

By the end of the day, however, a lot of people had reviewed the place and none are favorable.

Other reviews on ApartmentRatings.com were similar. And, Twitter has been lighting up with negative comments.

And, it isn’t just the punishment for negative reviews that has residents up in arms. As one tenant who wished to remain anonymous when speaking with Ars Technica said:

“If I took a photo of people in my apartment, they would own it. How can that be legal?”

The answer, it would seem is that it is not. Law experts have told multiple publications that the addendum wouldn’t hold up in court.

WHEN WILL BRANDS LEARN THAT CANNOT CONTROL THE WEB

I have been writing about social media since 2006 and it amazes me that I am still having to explain this: brands cannot control what people say about them on the internet. The only thing you can do is actively engage your customers, address their concerns quickly and professionally and demonstrate that you care. THAT is the only way to create positive brand engagement and reviews. This is the Internet, people. There are droves of folks who want nothing more than to troll your brand. Why on earth would you give them cause to do so?!

With that, Windermere Cay Apartments, I grant you this week’s You’re Doing The Internet Wrong Award!