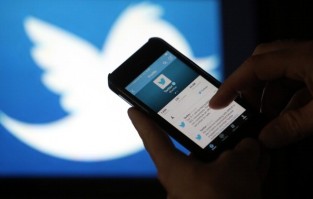 This morning, I read an article on TechCrunch about Twitter winning an exclusive deal with the NFL, giving the social network the right to live stream Thursday Night Football.

As I read this article, I couldn’t help but to chuckle because literally right before the TechCrunch headline appeared in my Apple News app, I’d scrolled past a headline emphatically proclaiming the death of Twitter.

It’s the same old line we’ve been hearing about Facebook for more than ten years, by the way, where everyone has been claiming Facebook is dead and young people don’t use it – which is blatantly untrue as Facebook is still the preferred platform for everyone, including Millennials.

So, here we are now in the midst of the Twitter death knell. Every day someone proclaims that it’s all over for the micro-blog. The New Yorker noted “The End of Twitter” in January. Gizmodo recently proclaimed that Twitter is Flatlining and said the social network “needs to add users at a higher rate or risk growing irrelevant.” In February, The Huffington Post predicted Twitter’s death citing statistics from other digital ventures.

With all due respect to these and the other media outlets digging Twitter’s grave, let me tell you why I think they are wrong.

Twitter is irrevocably tied to the entertainment industry. During live television events – whether it’s The Walking Dead, Top Chef, or an NFL Game – fans are on Twitter talking about what’s happening and sharing hashtags about key moments.

Just watch any episode of Last Week Tonight with John Oliver, he consistently (and hilariously) creates trending Twitter hashtags related to his segments. Many of these take on a life of their own, spawning memes and new content like #MakeDonaldDrumpfAgain where – in response to Donald Trump mocking people for having changed their name – John Oliver pointed out that Donald Trump’s original name was actually Drumpf.

This leads me to another category where Twitter reigns: politics.

Try watching a debate today and not seeing questions coming from Twitter. Try supporting (or opposing) a political candidate without hearing what he or she Tweeted. It simply can’t be done.

Because politicians are celebrities, politics is also irrevocably tied to Twitter. Let’s not forget that a presidential candidate Twitter fight made front-page news last month.

And because Twitter is now seen as the “voice of the people” – people on Twitter are now a part of debates. In fact, here is a funny moment from the show Parks and Recreation where a debate moderator illustrates that point. (Apologies for the quality, it’s all I could find on that clip).

When tragedy strikes, it is still Twitter that delivers the details and first-accounts because Twitter remains the best source for real-time information. Most of the world first learned about – and watched in real time – the horrible attacks in Brussels. 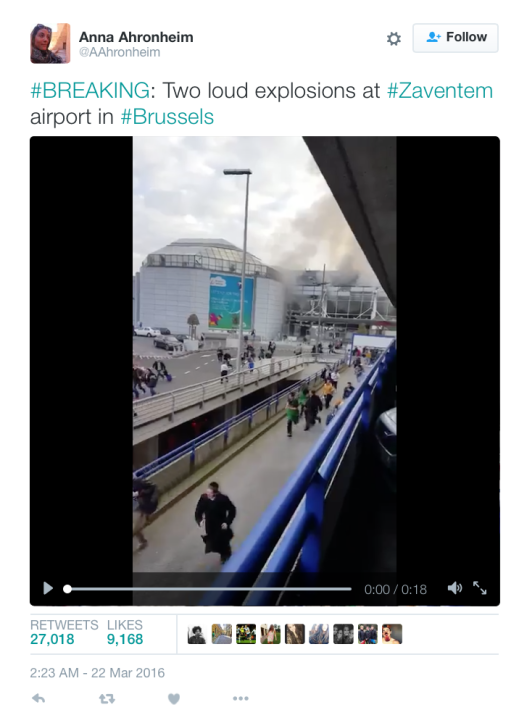 Finally, I would still argue that Twitter plays a vital role for brands.

LG had great success with their Twitter treasure hunt (#lgtickethunter) to boost smartphone sales amongst 16-24 year-olds. The campaign received 5,000 tweets on the first day and went on to reach 50,000 by the end. This, combined with impressive engagement rates of 38% from their sponsored links, helped them to quadruple their smartphone sales among 16-24 year olds during the weeks following the campaign.

Show me the death knell in that!

Taco Bell wanted to boost engagement with some of their most influential followers (users who have over 10,000 followers themselves). So, Taco Bell maximized their brand awareness through mentions, retweets and recommendations and reached more than 600,000 Twitter followers – roughly 3x as many as one of their biggests fast-food rivals, BurgerKing.

Combing the brand engagement and entertainment factor on Twitter, Mercedes-Benz used Twitter just last year to drive buzz around a new TV ad. They shared a 30 second clip of a car chase and then allowed the Twittersphere to vote for what happened next. The winning story was aired during ‘The X Factor‘ the following week.

It was one of the first examples of combining TV advertising with social media to create online and offline media buzz.

And, it’s not just for consumer engagement. B2B brands are using Twitter effectively.

Content creation drives social media—and sharing relevant third-party content is essential for positioning your brand as a helpful, customer-centric business, and authority for a particular industry. GoToMeeting understands this. So, they fill their Twitter feed with actionable content from both parent-company Citrix and other industry-relevant sources. The end result is a Twitter community 50,000 strong who view GoToMeeting as their “go to” resource for industry news.

While it’s true Twitter’s stock valuation has dropped recently, it’s also true that Twitter has hundreds of millions of monthly users. And, no matter how you slice it, that is a thriving social network.

It makes no sense to suggest that the hundreds of millions of people who use Twitter every day do not find it a relevant service. Is it as big as Facebook? No. But, that shouldn’t be the only measure of success for a social platform.

I still find value on Twitter for myself and for my clients. If you do too, feel free to follow me @jonesyjen.