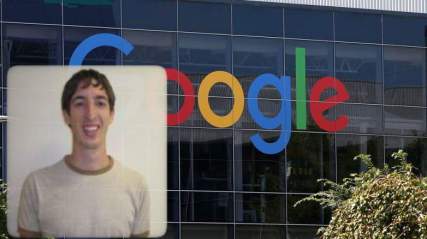 The memo, which Google’s chief executive, Sundar Pichai, said promoted “harmful gender stereotypes” accuses Google of silencing conservative political opinions and argues that genetic inferiority was the reason for the gender pay gap at Google and other tech companies. He also lamented Google’s attempts to create more ethnic diversity within the company and the tech industry in general.

James Damore, the software engineer who wrote the note, confirmed his dismissal in an email to Bloomberg, saying that he had been fired for “perpetuating gender stereotypes and for his political opinion.” He said he’s “currently exploring all possible legal remedies.”

Now, I’m not a legal expert, so I will leave it to others to debate any veracity of his claims about legal action. But, from a PR perspective, Google had no choice but to dismiss Damore swiftly.

First, let’s look at Google’s public position on women and minorities in tech:

Clearly, a memo asserting that women and minorities are genetically unqualified to work at Google flies in the face of the company’s public position (not to mention logic.)

In fact, the company’s vice president of diversity, integrity, and governance, Danielle Brown, issued a statement arguing that,

“Although Google remained an open environment for ‘difficult political views,’ those views need to work alongside the principles of equal employment found in our Code of Conduct, policies, and anti-discrimination laws.”

Of course, Google also had its own self-interest to protect in firing Damore. Right now, the company is fighting a gender discrimination lawsuit alleging that Google routinely pays women less money than men in the same types of jobs. By choosing to fire Damore, Google was protecting itself from more criticism and potential future lawsuits – in addition to a negative PR backlash.

Also, consider the internal communications turmoil that surely followed Damore’s memo, as this became a major distraction for all of Google’s workforce. Meetings had to be held, emails written, conversations led … in other words, work stopped while this became the internal story of the day.

I’d also argue that working with Damore after this memo would be impossible. Can you imagine being a woman or a person of color who had to directly report to Damore? Would you want someone in charge of your path to promotion or your future growth who didn’t think you had a right to work there based on your gender or pigmentation? Of course not. As Buzzfeed said,

“when an employee alienates a significant percentage of the company’s workforce, the company has no choice but to sever ties, lest it be seen as forcing thousands of women in the company to simply put up with the idea that they’re genetically inferior.”

So, Google had no choice but to dismiss Damore for violating the company’s code of conduct and their public position, promoting a hostile work environment for his colleagues and creating a PR crisis that occupied the company for days.

With that in mind, the PR question to ask now is how did Google handle the situation?

Overall, I’d give them a B+. In the end, they dismissed Damore within days of his internal memo and they communicated their position internally and externally.

Still, there were a few things I’d have done differently. In my opinion, Google was too slow to respond as Damore’s memo spread like wildfire online over the weekend. Their first action was to share an internal memo condemning Damore’s manifesto on Monday morning. Certainly, this was a good first step as you want to communicate your message to your employees clearly and quickly. But, Damore’s memo leaked on Saturday. They should have issued an internal email by Sunday and a public response by Monday. This would have enabled them to control the story from the beginning.

Perhaps they thought they’d be able to contain the memo (and backlash) internally. But, that’s a pipe dream. Today, anything internal will become external. Count on it.

So, how should you handle crisis situations?

Prepare for leaks. It’s good to assume that internal conversations, memos or emails, especially when they include explosive issues like discrimination, safety concerns or layoffs will be leaked. So, having prepared statements – even if they simply acknowledge that the company is looking into the matter – will allow you to act quickly.

Have a CRT in place. I’m currently writing a crisis plan for a client right now and on the first page, I’ve outlined their Crisis Response Team, including key executives, public relations.communications, HR and legal counsel. Every CRT needs a leader whose job it is to activate the CRT through a call sheet and all staff need to know who that CRT leader is. You don’t want to be wondering about whom to call as the crisis is spiraling around you.

Act decisively. Time is both on your side and your enemy in a crisis. If you leverage prepared responses and have a clear crisis team to activate, you should be able to release at least a holding statement while you confirm your next action. Acting quickly doesn’t mean you should react, but when you have a crisis process in place, you should be decisive in your information gathering, internal approvals and ultimate action.

If you have questions about how to prepare for your own company’s crisis communications plan, please contact me to get started.