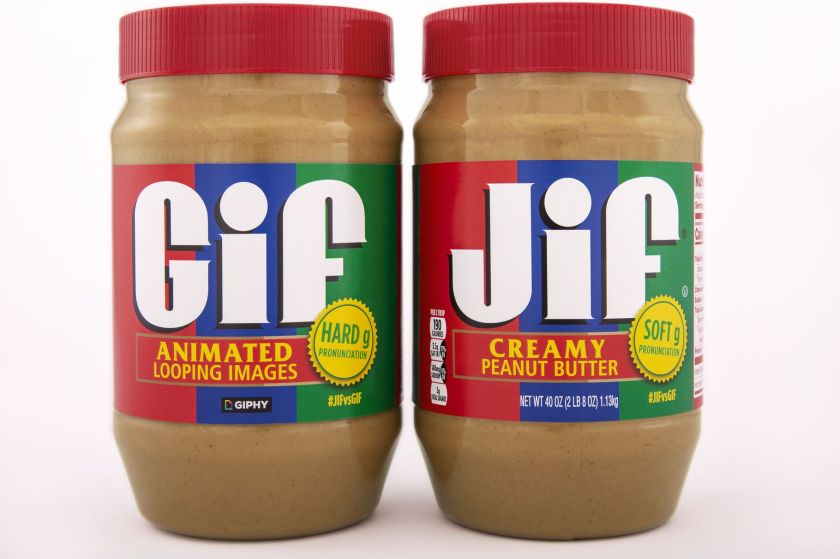 In response to the now age-old question on how to pronounce “Gif,” the J.M. Smucker Company has teamed up with Giphy to release a special jar of Jif peanut butter that replaces the classic Jif branding on the label with “Gif.” The new jars are available for purchase on Amazon.

The special edition jar was created to make the case that Jif peanut butter owns the soft “g” pronunciation while GIF should be said with a hard “g.”

Personally, I agree that it should be said with a hard “g.” GIF stands for “Graphics Interchange Format,” and “graphics” has a hard “g” sound. As this 2015 video hilariously points out, we don’t say “joldgen retriever” or “jardians of the jalaxy.”

Of course, the creator of the Gif, David Karp insists it is pronounced “Jif” and did so while accepting a Lifetime Achievement Award from Webby for creating the fun graphic tool.

Regardless of personal preference, this is very clever marketing from the peanut butter brand. I plan to buy one of the special jars for my own entertainment. And, frankly, had I run this campaign, I would have mass produced the labels and placed them in the grocery stores, letting consumers choose their preferred pronunciation. This would have given Smuckers an additional story in the news cycle where they could demonstrate consumer preferences based on purchase. I know their approach is that they own the “Jif” pronunciation, but it would have been worth the additional packaging to drive purchases and publicity.

Either way, this is a clever way to leverage the fact that soft-g lovers always say, “It’s pronounced Jif like the peanut butter.” Well done, Smuckers.